Joomla! is a free, open-source content management system for building and managing websites. It’s basically a place where you can easily manage and view all of your web content as both a site manager and a visitor, respectively.

With a name that means ‘all together’, its story begins back in 2005 with its founders Alex Kempkens, Andrew Eddie and Andy Miller. But the actual beginning of Joomla! dates back a little earlier, as it was originally developed as a part of the content management system called Mambo.

Over the years, the popularity and usage of Joomla! has steadily increased, and nowadays about 7% of all the websites online are made and powered by Joomla!

As of 2016, Joomla! has been downloaded over 88 million times, and there are over 2 million active websites built on it worldwide. Every month, there are around 1 million people that download Joomla! for their websites.

Its popularity is constantly growing, and web hosts are eager to get Joomla fans, offering tempting discounts mostly on cloud hosting plans that are ideally suited for the CMS.

Since its creation, there have been two large Joomla! conferences each year. These conferences are usually hosted in Europe. They aim to bring developers, designers, business owners, site administrators and community members all together where everyone can meet, connect, learn and share.

The content management system features various Multipurpose Joomla templates to get you started on your website, and their average price is about $75. Additionally, there are plenty of extensions whose goal is to get you to quickly and easily deploy a fully functioning website online. About new 5 Joomla extensions are created every day.

Some of the most famous websites that are built on Joomla! include Holiday Inn’s, Lipton Ice Tea, Linux, Knowledge Train, The Hill, MTV Greece and even some celebrity websites like Leonardo DiCaprio’s and Steve Harley’s pages.

Outlined in the infographic below, there are plenty of other amazing Joomla facts! that perhaps you’d like to learn. 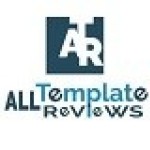